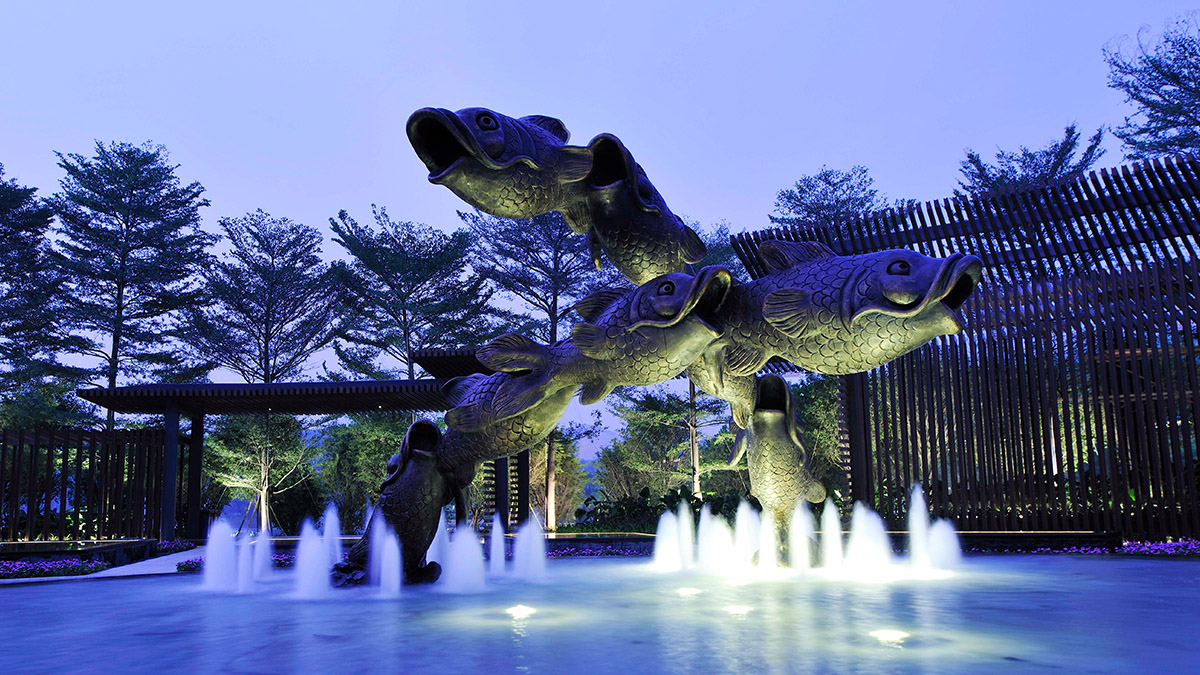 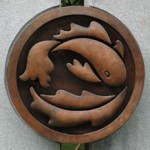 Lorenc+Yoo created an emblematic logo for Fish In The Garden, combining a fish in motion with a large leaf. In many cases, the designers sheathed the logo in bronze coloration to add a rustic, country character to assist with the illusion that residents have escaped the hustle and bustle of urban life. Modern sign fittings then contrast subtly with the worn appearance.

The centerpiece of the project is an enormous fountain, visible immediately when a visitor enters the property. The highlight of the fountain is a large sculpture of eight fish crossing paths in the air. These bronze sculptures convey motion, and dramatic lighting adds to their dynamism. In Chinese culture, eight is an auspicious number, so the sculpture not only adds to visual appeal and branding, but also communicates luck, safety, and prosperity to those who visit and reside there.

Click here for more images of Fish In The Garden, including the spectacular fountain sculpture. 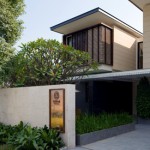 A particular design challenge was the need to integrate both Chinese and English text on all informational pieces. The final design allows signage to feature both languages seamlessly and without the appearance that one was added as an afterthought. This modern, international community is accessible to speakers of both languages.

Fish In The Garden is the first of the developments opening in 2012 in China to which Lorenc+Yoo Design has leant its unique approach of combining form and function. Check out our Winter 2012 News Bits to get an update on the art-deco themed Vanke Plaza/Sky Praise opening soon in Shenzhen. And keep an eye out for the spring issue of Experiential Design to get a first peek at the fantasy-inspired Opalus project in Guangzhou.