Lorenc+Yoo Design is proud to announce a number of ongoing projects for Vanke, China’s largest residential developer. Lorenc+Yoo is involved actively with Vanke and its architects in the creation of three exciting projects that are setting the standard for modern living in China: Opalus in Guangzhou, Vanke Plaza in Shenzhen, and Fish In The Garden in Guangzhou.

Vanke-Guangzhou retained Lorenc+Yoo to orchestrate the entire branding and storytelling for Opalus, a mixed-use art deco-inspired project that contains 1600 residential units, retail spaces, an elementary school, a kindergarten, and villas. Lorenc+Yoo developed the narrative storyline for the project, and evolved conceptual experiential images to illustrate the overall vision for the development’s marketing program, entries, and gardens. In collaboration with Opalus’s architectural and landscape architectural teams, Lorenc+Yoo is developing the design visions for the development’s entrance, street experience, sculpture, dining, and recreation. Additionally, Lorenc+Yoo is creating custom architectural jewelry, including canopies, awnings, banners, and light fixtures. This project is currently under construction and will open in early 2012.

Similar to Opalus, Vanke Plaza in Shenzhen is a large-scale mixed-use project with residential towers, an urban shopping mall, public facilities, and parks. But unlike Opalus and unique to Vanke Plaza is its historic Hakka village, which dates back to the last century. The Hakka are a distinct ethnic group in southern China whose culture and architecture have provided inspiration for Vanke Plaza’s design and allure. In addition to integrating Hakka influences, Lorenc+Yoo designed a beautiful art deco vernacular, giving the buildings a dynamic art deco look and feel. Sophisticated architectural jewelry such as canopies, culturally relevant decorative inlay patterns, and a strong retail base unite Vanke Plaza’s design and allow it to remain uncluttered and sleek even as retail tenants change. Lorenc+Yoo’s touch can be felt throughout Vanke Plaza in the building overlay design, garages, the sales center, elevator doors, lighting, and color palette. Vanke Plaza will open in December 2011.

In addition to Opalus, Vanke-Guangzhou retained Lorenc+Yoo to develop the storyline and vision for a new mountain villa resort community called Fish In The Garden. Nestled in the hills and adjoining a lake, Fish In The Garden contains retail spaces, a hotel, and a number of high-end residential villas. Lorenc+Yoo is developing project branding that is being applied on wayfinding signage, entry features, site sculpture, sales centers, children’s play facilities, hotel identity and signage design, and a temporary barricade design to allow visitors to see the amenities of the project during construction. Fish In The Garden will open in 2012 and quickly become a place where the busy people of Guangzhou can become refreshed and inspired. 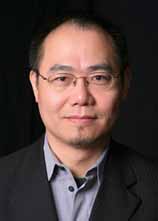 Lorenc+Yoo’s major expansion into China couldn’t have reached success without a valuable addition to our team. Earlier this year, Mac Liu joined Lorenc+Yoo as its China Project Coordinator. Mac handles all of the firm’s Chinese communication, contracts, and project management to ensure it can respond to clients’ needs accurately.

Lorenc+Yoo’s 34 years of experience in the United States, Middle East, and Korea have allowed the firm to provide its clients with thoughtful narrative development and beautiful visual designs, and set the stage for these exceptional opportunities in China. “The Vanke projects are the most challenging in our firm’s history and also the most creatively promising,” says Jan Lorenc. “We are proud to be on these design teams and grateful to have such dynamic and demanding clients who continue to push and stretch our creative abilities in this most exciting and growing country.”